IF THE AD IS POSTED, IT'S STILL AVAILABLE !! 1979 DODGE ASPEN COUPE Recent, mild restoration from a local MOPAR enthusiast who is selling to move onto other projects. Recent re-paint,not show...
philadelphia.craigslist.org

Price gave me a giggle. Little too much rust in spots for my taste.

Do love that GREEN interior!

This car needed some other work done before the paint. The roof looks rough under that vinyl. I wouldn't say that a car is "turn key" if the brake pedal has to be manually pulled back up to release the brakes. Seems like it was simply just painted, not a "mild restoration". Too bad, could have been a nice coupe if it was done right.

Not a bad car to start with but not for anywhere near the asking price. It has potential.
X

Look close at those pics, spend some time. POS all day long.

You're right. I hadn't looked real close, just glanced at a couple pics when i got sick of waiting for my POS internet to load them but now that I have, I have to retract my "not a bad car to start with" statement, unless the price came down a whole bunch.

I suggested to look at the pics and I forgot to mention the location of the car for sale. Salt water real close.

That car is rusting from the inside out. Look at the underside, the inside of the deck lid.

I foolishly bought a F from that very area.

Was rusting from the inside out. Fixed frame was gone again. I left it parked outside for one year and when I went to move it I found the mirror rusted off.

If the grille and rims are good, there are parts and the green interior for the green lovers. Id not count on much else on this one. 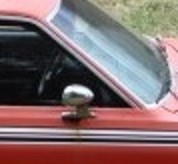 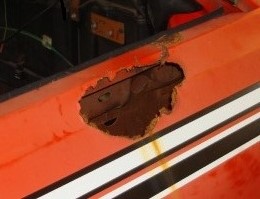 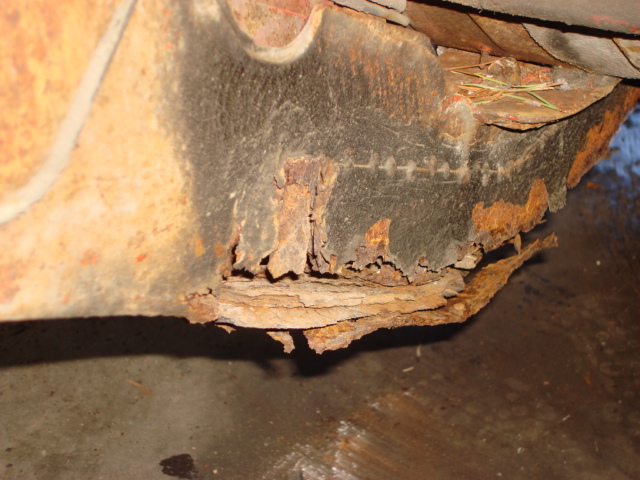 Until I was 10 years old, we lived less than 4 miles from the Pacific ocean, Dad bought a 1968 Coronet brand new and by the time we GTFO of California (thank god) in 1974, the lower 1/4's were rotted through already. I always wonder if that started the rust problem on that car and made it worse than if it had been a Wisconsin car all it's life. There is nothing left of it, even the tops of the 1/4's are rusted out, bumpers are almost gone, floors and trunk, gone, t-bar x-member, gone. I mean it's BAD. A guy is taking it for parts, mainly the 8 3/4" and me and my brother are going to take off what little is good yet (padded dash pieces, grille, roller knob radio, heater controls, and dash rocker switches and,,,,,,,,,,,,,well, that's pretty much it) for someone who may be looking for those pieces and the rest, I hate to say, off to Yaeger's Auto Salvage. Hell, his '62 Fury was rusted out in the lower front fenders, above the headlights and a little bit in the 1/'4s when we moved. I remember him fixing the front fenders when we still lived out there in socialist land. What saved it from MASS rust was it was only driven in 7 or 8 Wisconsin winters and never again after that. I know this Aspen is a Vermont car but my point is, just because a car might be advertised as a "southern California car", doesn't mean it's not rotted. Close to an ocean, no matter what state and there will be rust. Almost worse since it's usually hidden rust. My Mustang is from southern CA BUT, according to the paperwork, it lived somewhere in Simi Valley, a long ways from the ocean and in the 8 years it's been here, never seen a winter. Big difference! Meaning absolutely zero rust.
You must log in or register to reply here.
Share:
Reddit Pinterest Tumblr WhatsApp Email Share Link