CHiPS is a favifavo....always cool 70s and 80s cars....tough to watch them get smashed in car Chase's, but cool anyways.

Today we watched an episode called "Satan's angels".....and there was a scene with a Volare Wagon!! Cool! 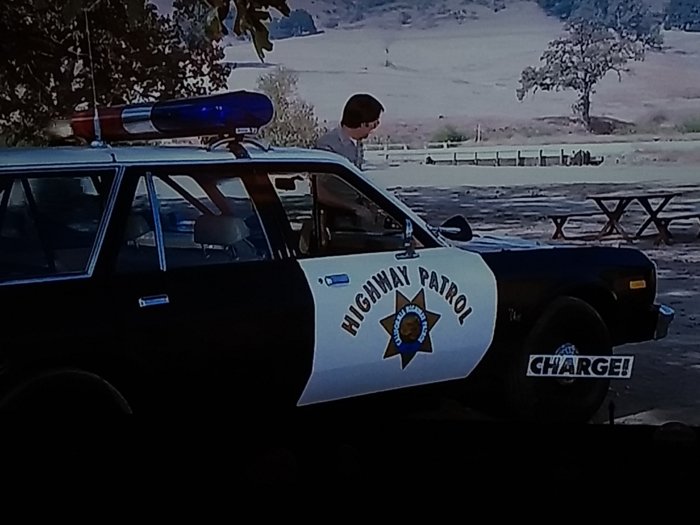 Neat! I would guess it's a '79 due to the lighter color tan interior and the lack of '80 style bumper. Looks like it has remote right hand side mirror too. Plain Jane 360? Did they make F police package wagons? I've never seen one.

I watch old TV shows at times just to see the cars of the day, even though the show itself might suck. Kind of like the main reason to watch "American Graffiti" is the cars instead of the story itself. I mean, the story doesn't suck but without the cars, there's be no reason to watch it.

It always makes me cringe when they destroy cars in old TV shows but when the show was made, they were just new cars. Wreck one, they'll build another to replace it. When I see new TV shows or movies wreck old cars,,,,,,,,,,,,,then I get upset.

I had a 78 that I got from FHP auction. It was used for camera equipment and traffic accident garbage. I got it in 1981. There were 4 when I got mine from the auction
You must log in or register to reply here.
Share:
Reddit Pinterest Tumblr WhatsApp Email Share Link