Did the M body police pkg AHB cars use a different radiator then regular M bodies ? Thanks

Yes they did. My understand is that they were not more rows but greater fins per square inch. That's what I was told by a fleet mechanic once but they are different. I can get the part #.
M

LSM360 said:
Yes they did. My understand is that they were not more rows but greater fins per square inch. That's what I was told by a fleet mechanic once but they are different. I can get the part #.
Click to expand...

Okay by tomorrow I will have it for you

The 26" wide V-8 M-body radiators all look the same and will interchange. The police/taxi versions have a different part number. Over the years, I have man-handled maybe a thousand Chrysler radiators but never did a side-by-side comparison between the two M-body versions to determine the exact differences. I suspect either the fin density and/or the width of the tubes are where the difference is at.

Most of the early M-body radiators were either 1 or 2 cores deep (same tanks). The later ones are single core radiator but the core tube width is longer.
This picture was swiped from the internet to give a better explanation of the core type: 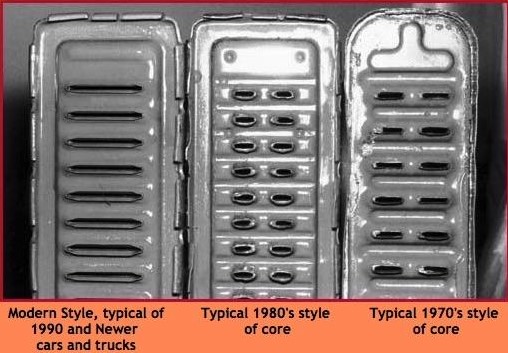 Note: these are for plastic/aluminum radiators - but core type is mostly the same.

The fin density is a bit more complex but more fins do allow more heat transfer. They are also more expensive to make and restrict air flow more.
For a mostly city driven car, a higher density fin count would be good. A mostly highway driven car, a lower fin count "might" be better (more air flow through the radiator to begin with).
BudW 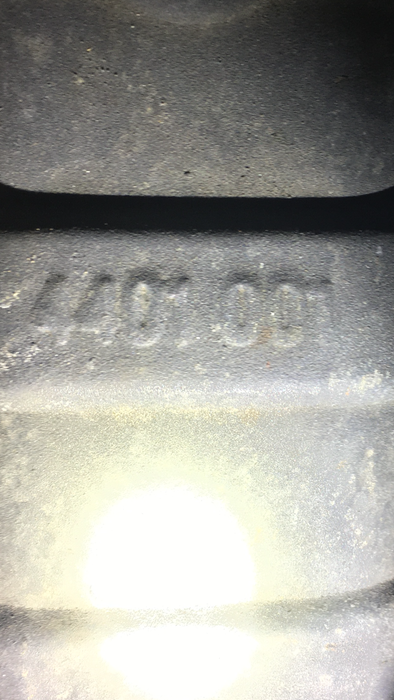 I could swear the top of tanks look different too. It seems to me the AHB ridges on top of tank are farther apart on every AHB radiator I've seen! I'm talking about the raised part in which the part number is stamped on the one I posted pic of. Those raised ridges look farther apart to me on AHB radiators. 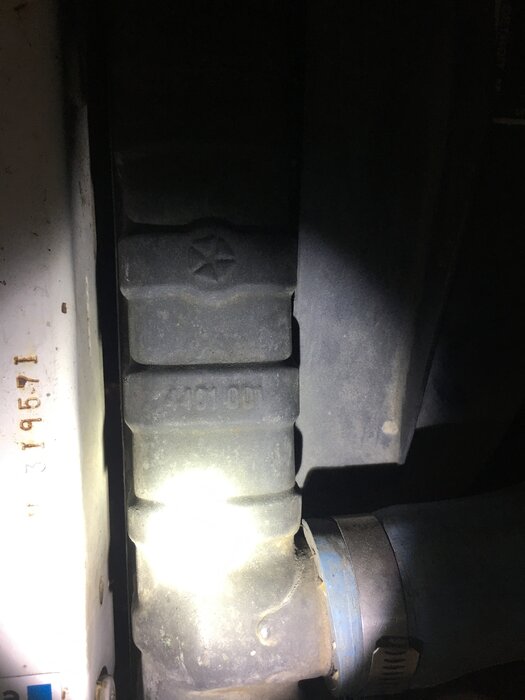