FOR SALE Green Cordoba in Canada

Anybody in or near Toronto want to go check this out for me?
I can't get an answer back from the guy.

I'm beginning to think I have a subliminal 'ignore me' message being sent to sellers via my email.

I hate that from sellers "pictures available upon request" Just post a few pictures on your freeking ad already! It's not that difficult for christ sakes!

….sorry for the rant.... If I were closer Id message the guy and go take a look for you

lol ...
I feel the same way.
I don't see how it prevents somebody from scamming you because you don't show a picture.

Thanks for helping look camtron. These two make me hopeful that there is a green one on the horizon.
I’ll definitely keep you and the location in mind as my search continues

There is a green 76 Cordoba for sale on Facebook in Kentucky. I'm not sure if it's what you are looking for but figured I would let you know about it. I'll try to post a picture of the facebook ad here. 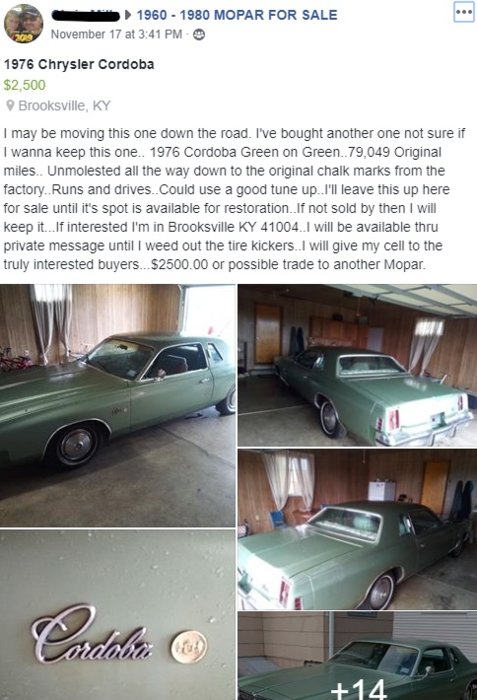 Note: this was a "saved draft" which I thought I had posted a few days ago:

The first link (on post #4) looks almost identical to my old ’77 Cordoba. The seats have a pattern I hadn’t seen before. The wheels are the ultra-heavy urethane version. Someone replaced the standard Chrysler ignition system with what appears to be an aftermarket HEI design, for some reason. That won’t keep me from purchasing it, if I was closer.

The second one has a brown interior (not common) and a bunch of poor-quality pictures. I would want to see an underhood picture and trunk picture before considering it (not sure what a “new 450 Edelbrock engine” is, and if it is NEW then why is not the leaks covered under warrantee?).
It also has aftermarket wheels on it – which is fine if you like them.
This one might be a big block car, possibly.

In that kentucky facebook ad, am I seeing it right? That the AC controls are on a light colored background and are located below the steering wheel ?

I'm just getting back from being out of town for a couple of days.
Will see if I can contact the guy.

Only thing sweeter would be the Cordoba with shifter in the floor. But this one looks really good to me as well.

JW
(Sure does remind me of Dr. Labaron's Green Lebaron) 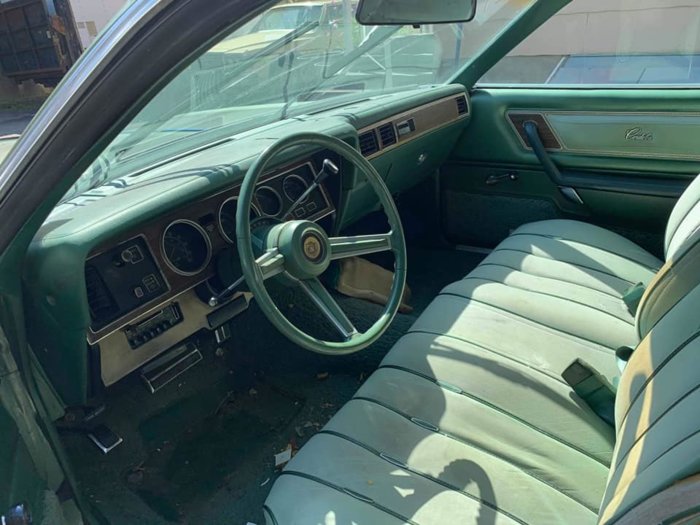 This picture was provided on facebook for the green cordoba It looked to me like the white area under the dash has HVAC controls.

I found these pictures on the internet.
From a ’77 Cordoba convertible (which I’ve never heard of before today), on the Left side. 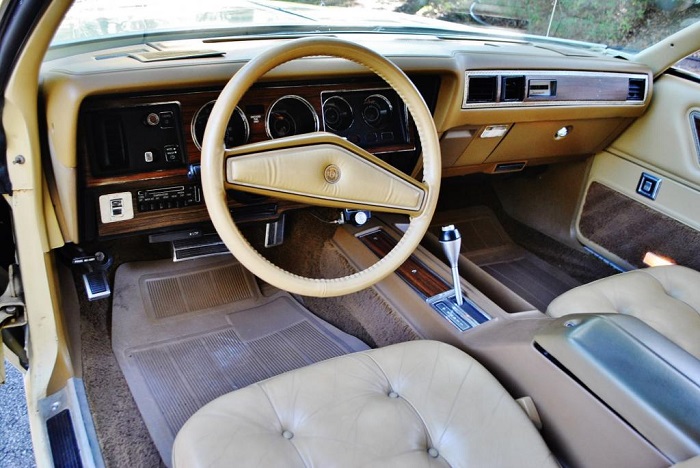 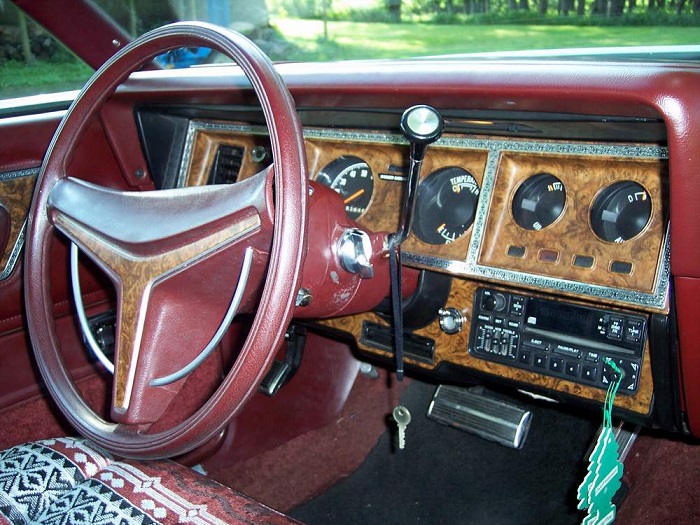 Radio. Just above the radio is four warning lights (door ajar, etc.,). To the Left of radio is Right side remote mirror and just under the steering wheel is an A/C vent with we called “skirt coolers” sense they are located in a position to blow under the skirt, Not sure what Chrysler called them, but us in the shop had names for just about everything. I would say the key and the tree scents are options.

My ’77 Cordoba had a 3-spoke steering wheel like this one, which is one of the better-looking ones (in my opinion). 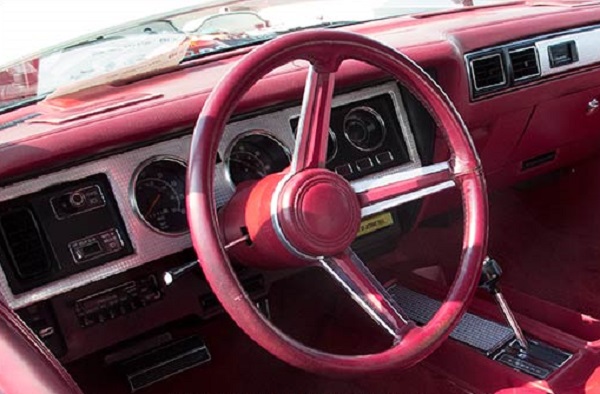 The faceplate is reflecting the sun. It is normally black or woodgrain but can’t tell in the photo. 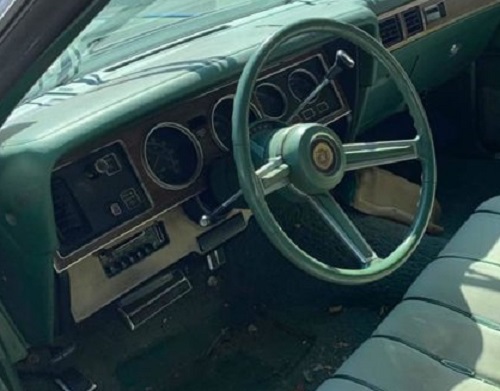 This appears to be a nicely optioned car (except for the bench seat . . .).
BudW

As I spend more time looking at all the options, it seems it comes down to this:
bucket seats
floor shifter
color
moon roof

How difficult is it to convert a column shift to a floor shift?

To add a console shifter.
Labor is not that bad. Finding all of the correct parts is a different story.
Not sure of exact percentage, but I would guess that about 10% (or less) of the ’75-79 B-bodies came a center console (floor shift). Maybe 1% of them came with 40/40 bucket seats with nothing in between the seats (add a console and your set). The correct console is a ‘75-79 B-body part only (different than anything else out there). 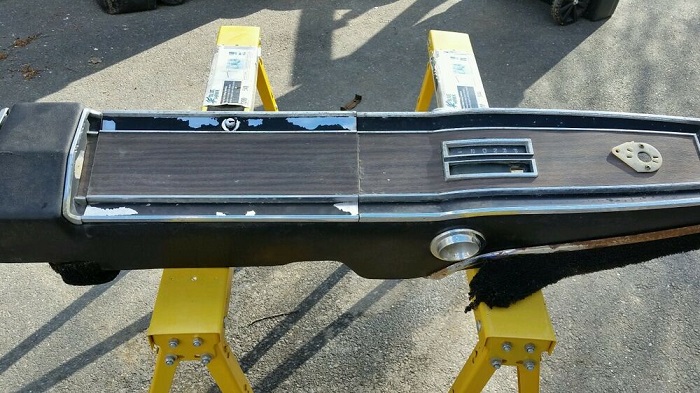 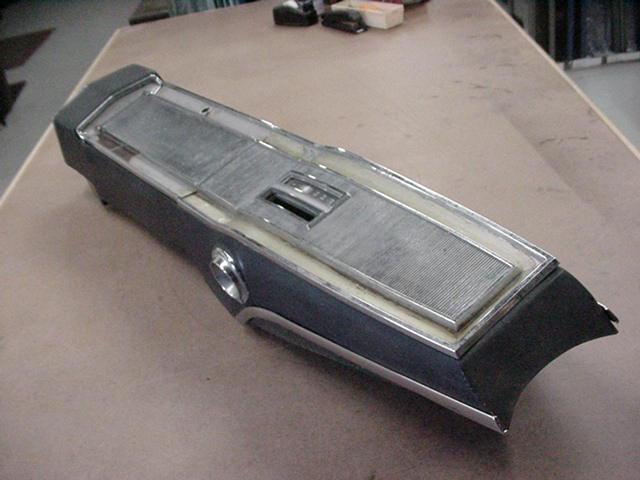 Note all parts for these are being re-popped.
Note: there is no cup holder, but the large flat surface that works fine for one. 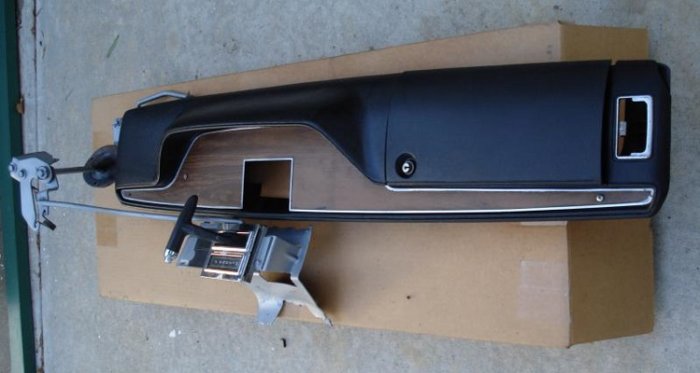 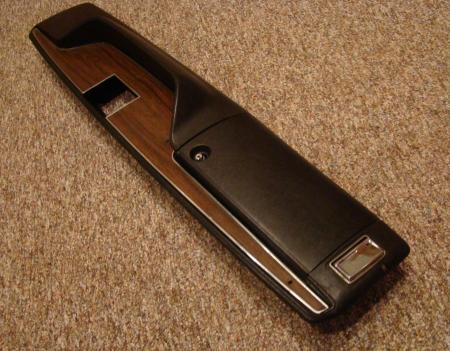 Note all parts for these are also being re-produced.
Note: no provision for a cup holder – but a limited space for a cup, in a pinch. 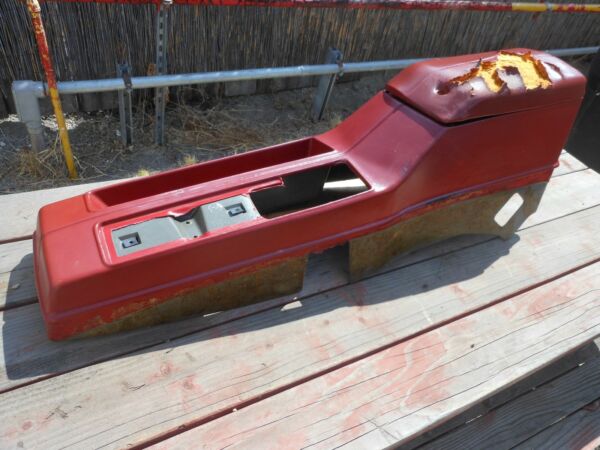 Note: Only used or NOS parts are available.
Note: no provision for a cup holder. 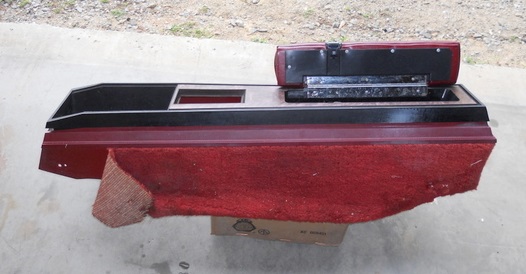 Note: only used or NOS parts are available – but (I think) are more available than the ’75-79 B-body ones are.
Note: still no provision for a cup holder.

Note: The F and M-body consoles are kind of a mix between the ’75-79 B and J body consoles. 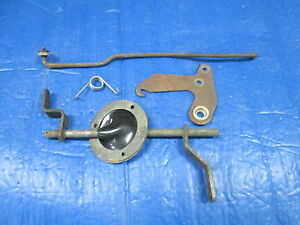 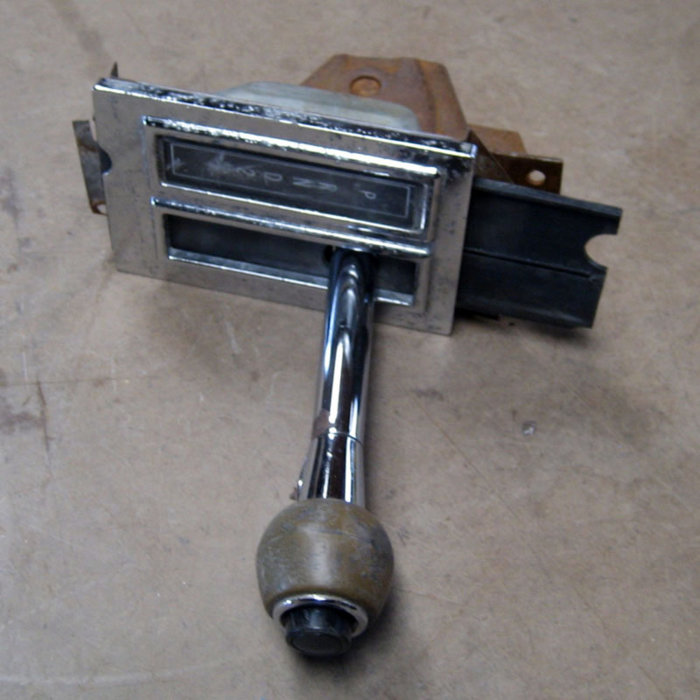 Then you have the console brackets. All brackets were welded into the car, but not too hard to cut out or to make new ones. The older B and E brackets are also being re-popped, as well as a lot of linkage. 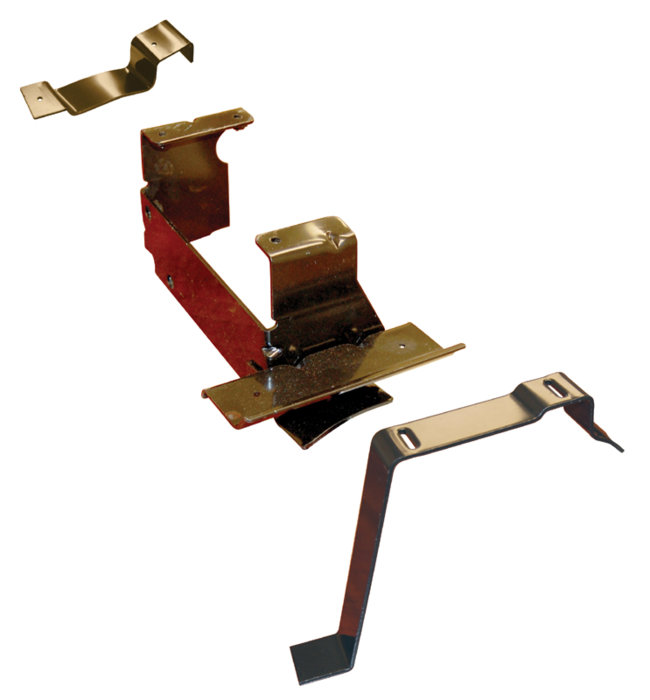 The last thing is the steering column. The shifter on column can be left in place or have the handle removed. The console cars have a different column assembly – but not too hard to leave what exists in place.

All in all, it is best to find a car with console already in car or find one to remove all parts from. When you get closer to that point, give a holler. I might even come down and help.
BudW

Thanks Bud.
I'm seriously leaning towards the center console.
Your explanation gives me the understanding of why I'm not seeing many.

I'll keep your offer of help in mind assuming I'm lucky enough to stumble on a solution.

Just wondering what age Cordoba you are looking for? I know of a 1978 Green on Green 360 T-Bar roof car for sale local to me. Runs and drives but for safe and comfortable road use will need Brake Booster repair as has vacuum leak, shocks and mufflers back through tailpipes on the dual exhaust.1978 Chrysler Cordoba with t-roof - Castanet Classifieds

Not many B-bodies have T-tops (far less than F-body’s)– which might make replacement parts hard to find (if needed). The only thing I don’t like about the early T-tops are is some tend to leak water. If car is kept in a garage or barn, then you shouldn’t have anything to worry about, if this one does leak.

I’d like to see better pictures before saying anything else – but $1500 (CAD) is not bad.

This car has twin rectangular headlights. I prefer the looks of the ’75-77 single round headlights but don’t let my opinion affect yours. This car also has lights on front corner of fenders that illuminate when turn signals are on (corning lights) which is not a common option.

The big expense will be to get it shipped here or fly up to drive it home. If brake booster is leaking, I would hesitate on driving it (PM or call me for more details about this), for that would is a 2,100-mile drive (32 hours) with the possibility of brake issues. 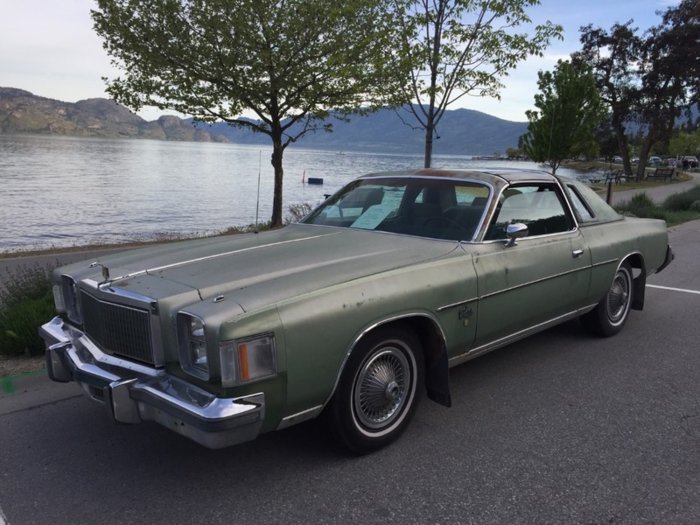 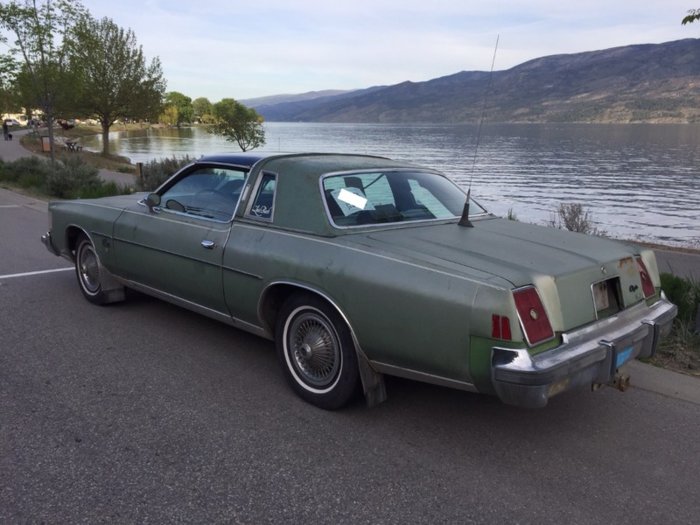 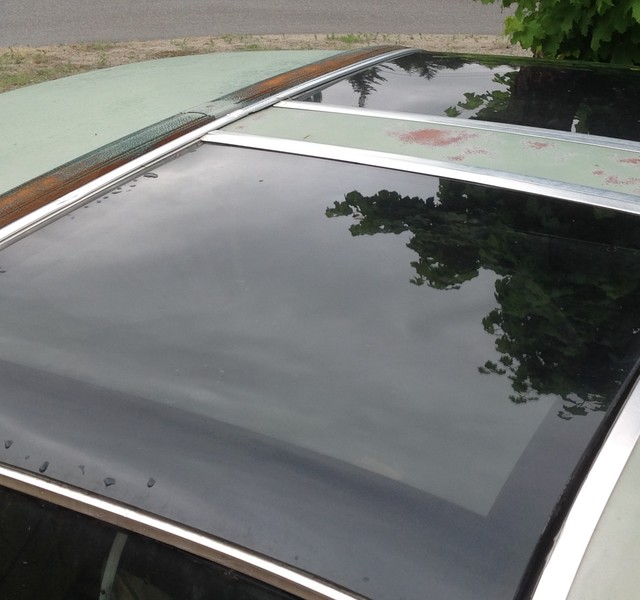 ColinV --
Thanks for the info about the Cordoba.
Its close to what I'm looking for.
But I'm going for the 75-77 model year with the round headlights.

Castanet isn't a site I've been on before. That does open another avenue for me to search.

Right now I'm debating on the center console, floor shift taking priority over the green color. I can't seem to find a car with both unless its way out of my pocketbook range.

I replaced the brake booster on my 87 Fifth Avenue with BudW's help and replaced vacuum lines as well so I'm not too concerned about the maintenance side of things.

No Problem, just throwing it out there as I know this car as I used to own it and know who has it now. I know that the t-roof has no issues letting water into the car when driving in the rain and washing by hand or a wand wash bay, however for some reason you will absolutely get wet if you drive through an automatic wash bay. and in response to Bud the car was originally imported to Canada from California in mid 80's so speedo is in mph.

Green Cordoba on Facebook Marketplace, but not a lot of pictures: 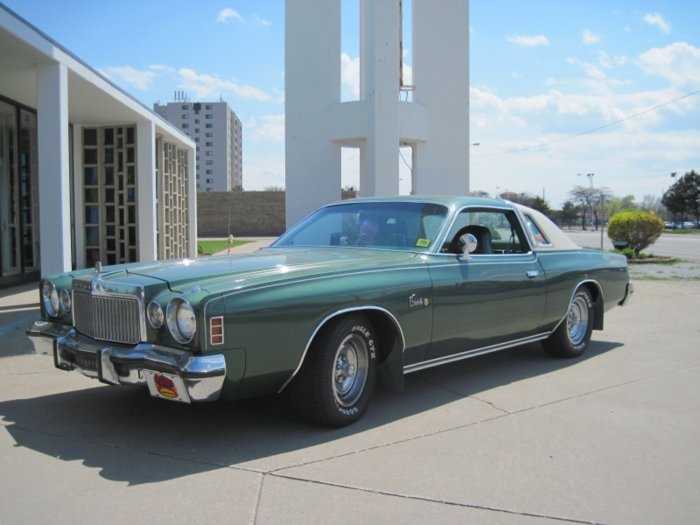 I think it is in Center Line, Michigan and there were only 2 exterior shots.
$5,000 for it but I know nothing about what it looks like inside.
Looks like bucket seats though and is a 1977.
My luck on Facebook is zero. If someone answers my message, its way long gone after a sale has been made. lol
Pretty though.

There there is the silver Cordoba here in Texas.
Again on Facebook. Many pictures. 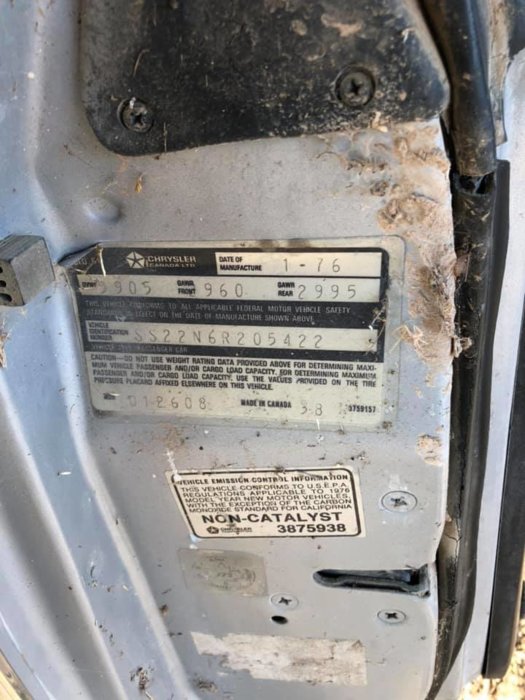 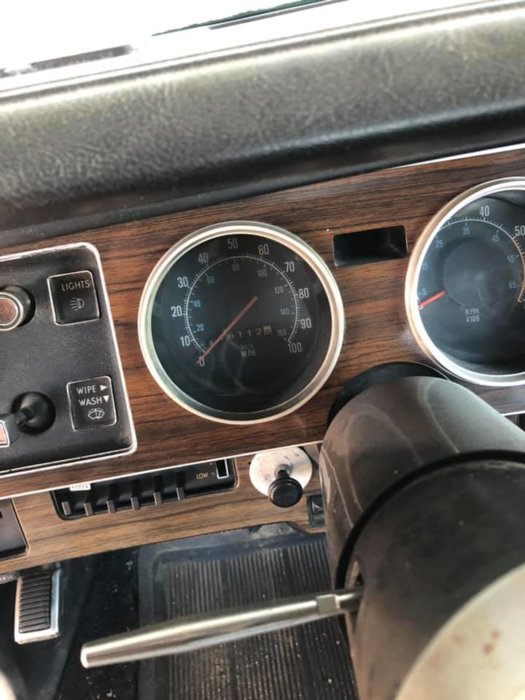 Ad says it has mileage of 12,345 so obviously they don't have the correct info. 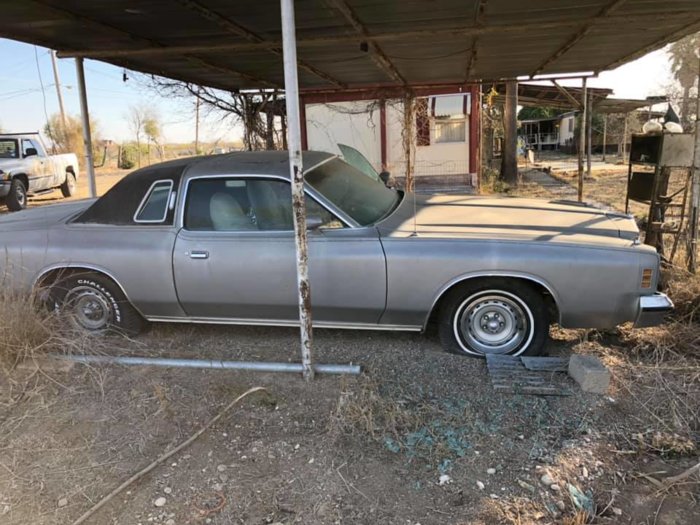 Rougher shape but its $4,500 or best offer.
Has a 400 engine, 4 barrel edelbrock carb, its a floor shift.
Black interior and roof vinyl and silver everywhere else.
Looks like rats have a nest in the engine compartment.
Again on Facebook, and another message sent.

Will let you know when someone gets back with me.