Contact seller
I'm looking to swap a 318 into my slant 6 Volare and need the Schumacher kit or a V8 K frame to do it. Anyone have either for sale? Ideally the swap kit. Thanks!

Mancini lists them but of course, also shows "out of stock". For how long, who knows?

Right. Schumacher got bought out. Supposedly going to start making them again eventually, but I've been in the market for a set for years.

Does anyone know if a set of A/B body mounts would work?

Hmmmmm, I'll bet they will fit. It says '73-'74 A/B body but the Mancini ones are '73 and up A/B/F/M/J and look exactly the same so, it looks like Classic just ignores anything '75 or newer, like so many others do as well. Those say "Arriving soon" which is the same as saying "out of stock"

After spending a while on the phone with both Mancini and Classic Industries, it appears both are supplied by what was Schumacher. They were moving locations in 19, then bought shortly after. Then Covid hit. And now they're restructuring. So there's no ETA whatsoever on spool type swap mounts.

The old excuse these days, the Covid shamdemic. I wonder in how many cases is that actually the real reason.

Chrysler changed from a flat rectangular mount to a round engine mount around '72-74 (depending on body type). The older flat mounts can/will break allowing for the engine to move all about the engine compartment (not a good thing). 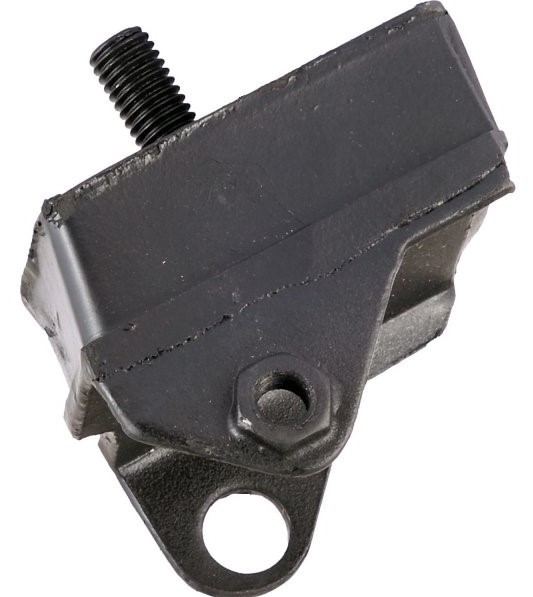 The newer round mounts are made so if the rubber breaks, the engine can not go anywhere. 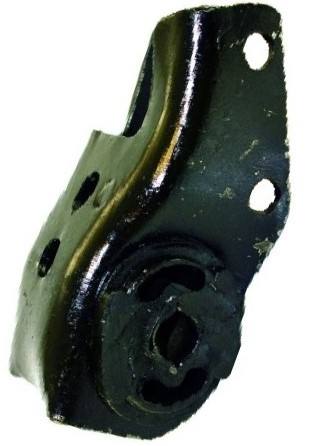 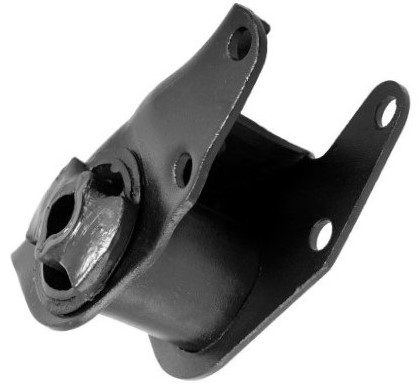 Also the newer mounts (the ones used for FMJ's) are almost (but not quite) universal – but Left sides are different from the Rights (but not sure why made that way).

From the factory, there are minor differences between the hardness of the engine mount rubber. The police/taxi/station wagon's received harder (rubber) mounts than other cars did – but I don't think most people would notice any difference between them. I also don't think one hardness lasts any longer, either.
Aftermarket mounts only use one (rubber) hardness.


The K-frames are different (all bodies) between the flat (older) and round (newer) engine mounts.
All K-frames are different between /6, small block or big block for each of the body types (for round mounts). A person can convert any (of same body) K-frame to different engine type by cutting/welding (and necessary fabrication) – but it would be easier to just get the correct type K-frame to begin with.
The only two different K-frames used for FMJ's were one for /6 and other for small block. There are some minor differences between the years – but not enough to cause any issues.

I can't wait for the Schumacher mounts to get back into production and even had a discussion about that with a friend last night. By far, the easiest route is to use a sent of conversion mounts – for a K-frame swap is a bit more involved.
One plus side to replacing the K-frame would be is if you need to overhaul the suspension, then it is easier to do it on the bench then than under the car.
BudW
M

When that different 360 mount was bad on mine we tried several different replacements and every one of them the manufacturers knew enough to list the mount separately but either the part number or what was in the box was a 318 mount. That was 20 years ago, I don't know if they've gone back to actually providing the different 360 mount again or not. I kept the old one thinking they'll probably have a rubber insert to rebuild it with at some point like how you can get the poly insert for the transmission mount.

I visited a friend the other week who replaced the /6 in his a body with a 360. He welded the different ears on the k frame because of the Schumacher availability problem.

That's how I did my S6 to BB swap back in '89 before Shumacher even existed (far as I know anyways). Cut the mounting ears off a scrapyard k-frame, cut mine off and welded the V-8 ones on in their place. Out of the 20-30 V-8 F and M bodies at the yard, not a single one had a k-frame that wasn't rotted out to some extent, some way worse than others but no good ones (Wisconsin don't forget). The original idea was swap k's but then I had to go with plan B, lol.

On a different note: there is a listing for front engine mount insert:

Westar EM2369 / Anchor 2369 and I presume both are made in same Chinese plant but different label on box. I've not had the pleasure to replace an engine mount insert, yet – but it might be a better than pulling teeth on finding a good (and correct) Left side 340/360 mount.
BudW

I put new inserts in my existing brackets. Don't remember the brand anymore but they came from Napa (I think, maybe). The hard part is keeping the new ones in. Trying to flare the the shell to hold it in place is about impossible. I got mine flared a somewhat but didn't trust it, so I CAREFULLY tack welded the shell to the bracket, being sure to not add too much heat and damage the rubber. That said, once the engine is installed, it can't really go anywhere.

Idle Ender said:
I'm looking to swap a 318 into my slant 6 Volare and need the Schumacher kit or a V8 K frame to do it. Anyone have either for sale? Ideally the swap kit. Thanks!
Click to expand...

What part of Illinois you from?

Illinois! We don't like your kind up here in Wisconsin, LOL! Just kidding of course.

Idle Ender said:
I'm looking to swap a 318 into my slant 6 Volare and need the Schumacher kit or a V8 K frame to do it. Anyone have either for sale? Ideally the swap kit. Thanks!
Click to expand...

pending where you live in Illinois,,,,,, contact Facebook this guy for nothern Illinois . I'll bet he can get you 1 or knows where 1 is at, #2. If this fails pop another comment and I'll tell you about another place that will ship at your dime. almost a guarantee they got 1.

I'm from down near STL. Quite a ways away from Chicago. Lol

Idle Ender said:
I found a set of 360 swap mounts. I'm putting a 318 in my car. From my understanding they won't fit at all, correct?
Click to expand...

Shorty Thompson said:
wrong, 1 side will, 1 side won't
Click to expand...

I should clarify, the kit will not work for what I need then. Lol. Unless someone knows of a way to get the other side to work. It looks like a 318 mount will work on a 360 with some creative use of washers, but not the other way around?

Idle Ender said:
I'm from down near STL. Quite a ways away from Chicago. Lol
Click to expand...

Me too. Have you looked in any pick& pulls yet? pending on your year of car there's many different years that could play for you. Not to mention if you start looking around demo derby pages those guy can find a needle in that hay stack. Btw, I'm about 240 or so miles south of chitcago too

Shorty Thompson said:
Me too. Have you looked in any pick& pulls yet? pending on your year of car there's many different years that could play for you. Not to mention if you start looking around demo derby pages those guy can find a needle in that hay stack. Btw, I'm about 240 or so miles south of chitcago too
Click to expand...

The yards around me don't have much in the way of that era Mopar. Only things with small blocks are trucks around here, which never used the spool mounts. Finding a very specific aftermarket spool mount on a very specific car at the yard is very much so a needle in a haystack ordeal. Lol. Not worth the 100 degree heat. I'll just keep my ear to the ground and keep digging. One will pop up.
You must log in or register to reply here.
Share:
Reddit Pinterest Tumblr WhatsApp Email Share Link